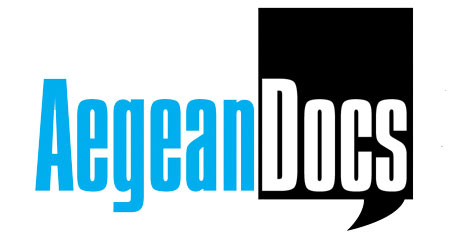 The Award of Best Production, 500 euros is awarded to:
- Ksenia Gapchenko from Russia for the film “How to Save a Dead
Friend” of the director Marusya Syroechkovskaya, Sweden/Norway/
France/Germany
Ksenia Gapchenko, with emotion, told us:
«On February 24 th a country where mum was born and I spent my childhood
was attacked by a country of my father. For me it is a great tragedy. I decided
to leave Russia. Since April I’m not living in Moscow, city I loved a lot once.
I condemn violence and war. I’m trying to start my life in Europe with my
daughter who is my support, love and the best companion.
I hope for peace in Ukraine and freedom for Russia».

Honorary Distinction «10 years AegeanDοcs»
The jury of AegeanDocs awards the honorary distinction & 10 years of
AegeanDocs & to director Eva Stefani for her valuable contribution to the
establishment of Creative Documentary in Greece.

Honorary Distinctions are also awarded to films:
- A Jewish Life (Austria), Christian Kermer &amp; Christian Krienes, Austria for
their contribution to saving the memory of the Holocaust.
- The Other Half (Greece), Georgios Moutafis for his dedication to
researching and documenting the refugee drama.