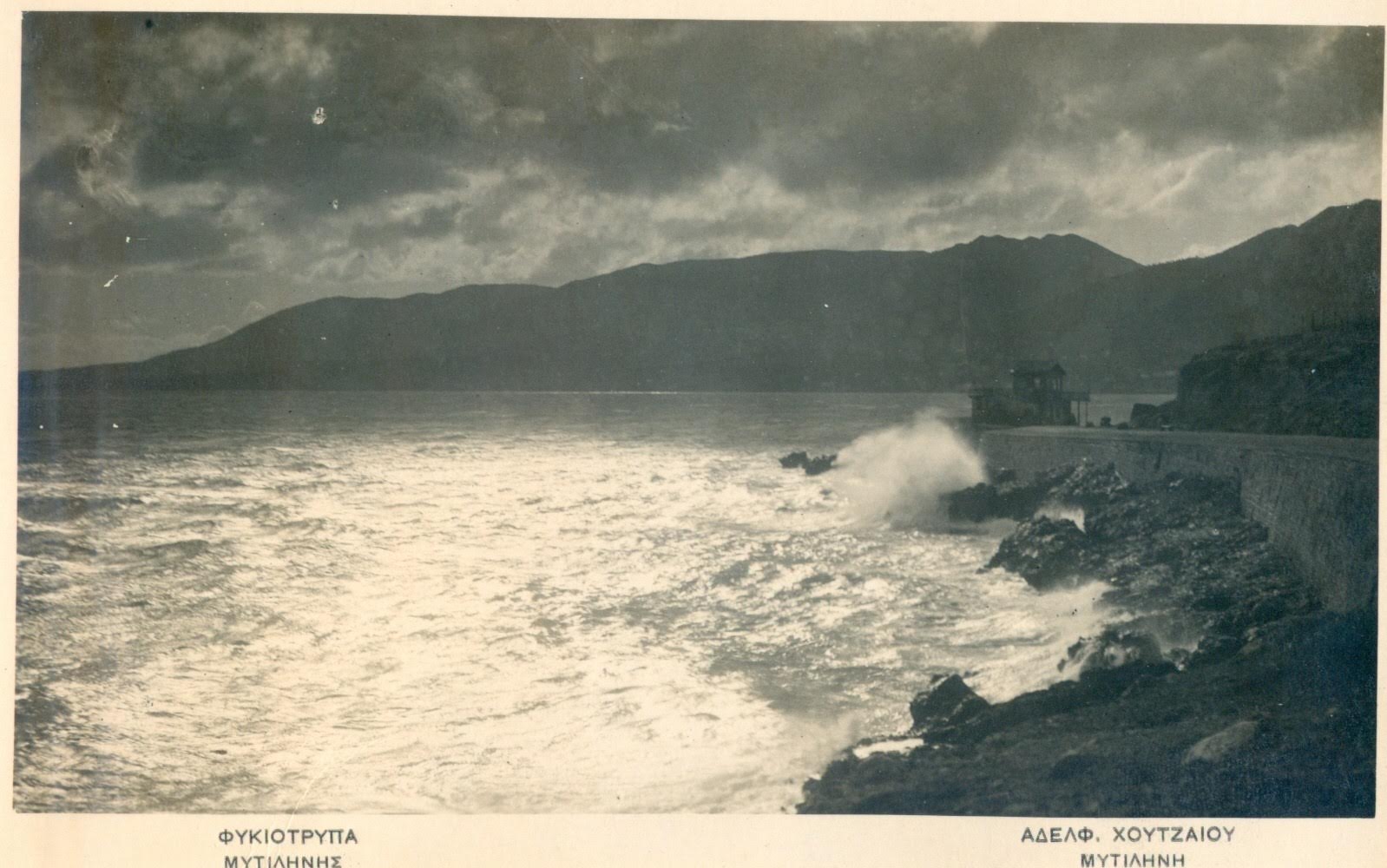 Apellis Psychos, a refugee in Mytilene during the first persecution (1914) settled, After a short wander around the island, to the castle area with his family. He takes advantage of the presence of bathers on the coastline of Phiikotrypha and there creates his home and his cafe. During the interwar period this particular space becomes a pole of attraction for many city dwellers and especially intellectuals. During the In the German occupation or in the civil war the café ceases to exist. The end of this recreation area is associated with various testimonials-interpretations. However, according to In the post-war period Apellis's café was the reason for the establishment many of its like in the wider area that were torn down during the dictatorship Colonels. This event probably marks the end of an era and beginning of another.